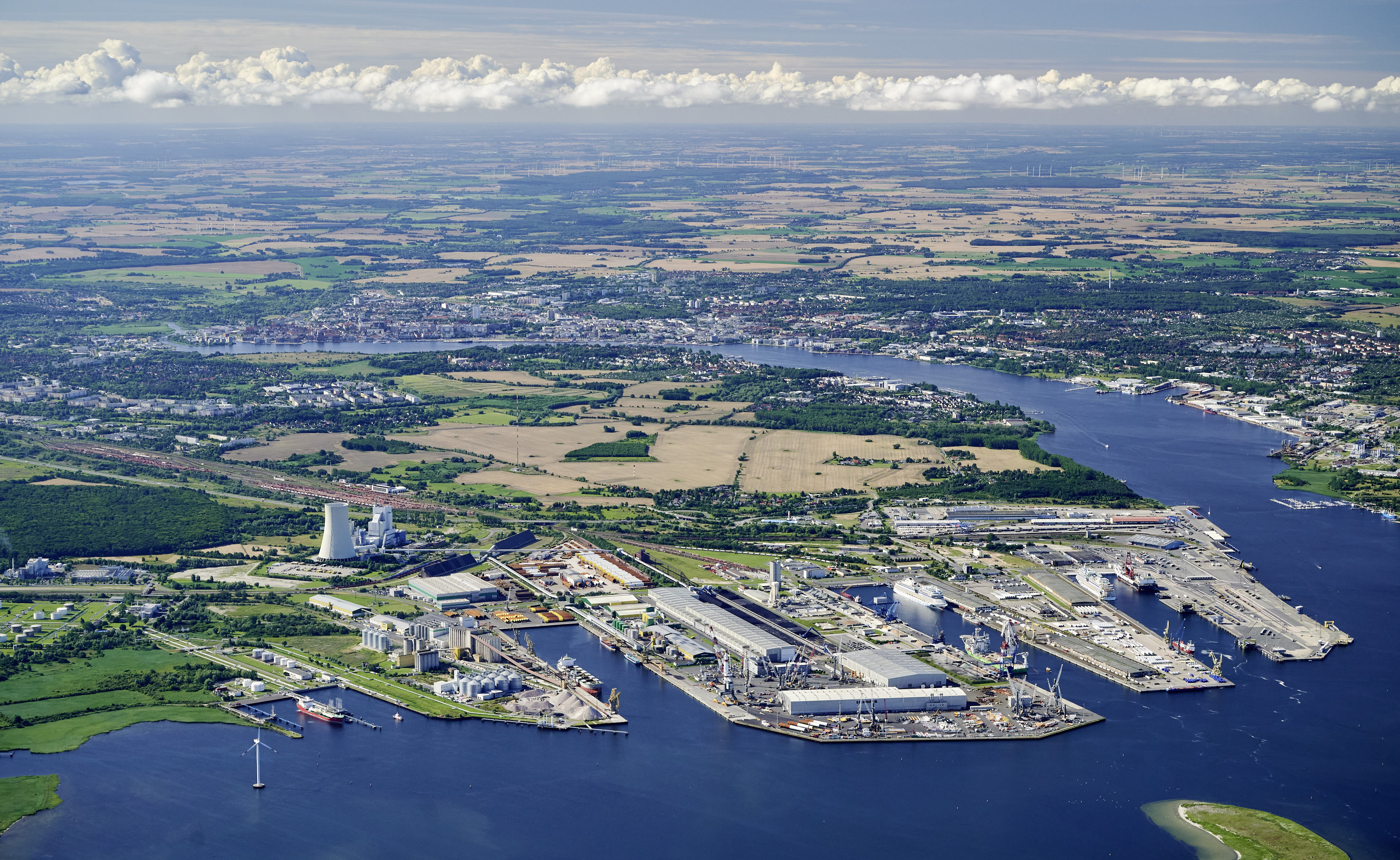 In the pre-Corona year 2019, just under 20,000 jobs depended on the port economy of Rostock. These jobs generated a tax revenue of Euro 366 million and a net value added of Euro 1.6 billion. This means that the economic effects of Rostock’s port economy have further increased compared to the last survey of 2013. For instance the number of jobs alone rose by about 3,780. Compared to the results of 2019 the port economy of Rostock expects a slight decline in employment of two percent and a four percent decline in turnover for this year due to the coronavirus.

This is the upshot of a recently published study carried out by the survey company Ramböll Deutschland from Rostock, the Institute of Shipping Economics and Logistics of Bremen and ETR Economic Trends Research from Hamburg who were commissioned by ROSTOCK PORT GmbH. More than 500 port businesses, public authorities and many companies depending on Rostock’s port economy were surveyed comprehensively this year. The data collected and analyzed were for 2019, but due to the coronavirus pandemic the actual work was only done in autumn 2020. The subject-matter of the investigation were the economic effects deriving from the operation of the Overseas Port, the cargo and fishing port, the plant harbours of Yara and Alba Nord in Rostock as well as the Warnemünde cruise port.

The direct employment effects deriving from the port economy of Rostock amount to just under 11,000 jobs, most of which are in the processing industry, in transport, traffic and storage companies. Roughly another 9,000 jobs depend indirectly on the port economy or are induced by it. The indirect employment effects result from the jobs that depend on the port economy especially in traffic/transport and building companies, but also from the consumer spending of the people employed in port businesses and from the spending of ferry and cruise passengers of the port of Rostock in retail and catering. This year however most of the passenger spending did not materialize due to the coronavirus.

If one compares the previous study by Rostock University from 2013 with the latest one it is remarkable that both the direct and the indirect employment effects of the port economy of Rostock have increased.

„The number of people directly employed in the port economy of Rostock increased by about 1,200 to just under 11,000 in the years from 2013 to 2019. According to the study the increase in indirect employment effects was 2,600 jobs, which means that in 2019 around 9,000 jobs depended indirectly on the port economy of Rostock“, states Dr. Gernot Tesch, Managing Director of ROSTOCK PORT GmbH.

According to the current survey, about 5,800 people worked on the territory of Rostock Overseas Port while the Cargo and Fishing Port in Rostock had 700 employees. The effects created by companies depending on the port economy of Rostock on the regional economy in the state of Mecklenburg-Vorpommern in 2019 amounted to 19,650 employees, a turnover of Euro 4,404 million and Euro 1,623 million of net value added.

In comparison with the previous surveys the increase in economic effects in industry and logistics is remarkable. The successful establishment of industrial companies such as Liebherr, EEW Special Pipe Constructions and Power Oil have considerably increased the number of employees and thus the net value added by the port economy for the region. „Especially in view of the long-term provision of areas by the public sector and the need for land to establish further port-related industrial and logistics businesses these results underline the need for a forward-looking port development“, states Jens A. Scharner, Managing Director of ROSTOCK PORT.

The numbers are ample proof that the investments in the infrastructure of the port of Rostock by the city and the federal state over the last decades have been well worth it. All in all the tax payments generated by the port of Rostock add up to at least Euro 366 million, both by immediate port-related businesses as well as by suppliers depending on it indirectly. Euro 55 million of these tax payments took place on the municipal level. „These numbers demonstrate once again that the ports of Rostock are an important economic factor for our federal state which also radiates far beyond its borders. For this reason the state government continuously supports the largest port site of Mecklenburg-Vorpommern, also financially of course. Since 1990 we have provided about Euro 355 million in subsidies for, among others, the new building and upgrading of berths, the development of maritime industrial areas for the establishment of industrial and logistics businesses and for the road and rail connections of  berths to the national transport network. Of course in return our investments have contributed to the great development of the ports of Rostock and will hopefully continue to do so“, says Christian Pegel, State Minister for Energy, Infrastructure and Digitalization.

Claus Ruhe Madsen, Lord Mayor of the Hanseatic and University City of Rostock, points out: „The port is our DNA in Rostock. Almost every family has some connection to the heart of our integrated maritime economy and economic driver for the whole state. The port has always set the pace for our future. This in turn pushes us to be a competitive business site on a global scale and to implement innovation swiftly.“

„It is true that the coronavirus pandemic, which has been ongoing since March 2020 has been a considerable challenge for Rostock’s port economy, but on the whole it has shown itself to be robust and relatively crisis-proof. The drastic declines in passenger traffic of ferry and cruise shipping hit the port and all companies involved in this division quite hard, but cargo shipping and the industrial companies established at the ports of Rostock continue to operate on a high, stable level with regard to employment and sales. The indirect employment effects went down due to the many missing ship’s passengers in 2020. But they will pick up again as soon as safe cross-border travel is possible  once again“, says Dr. Gernot Tesch.

The first-time survey of supra-regional effects has shown an employment effect outside the region of 6,100 persons in the transport industry across Germany as well  as a stable employment of 56,900 persons in port-dependent industries as a result of the goods exported via the port of Rostock and the services generated by it.

ROSTOCK PORT has the economic effects of the port economy of Rostock surveyed at regular intervals in order to investigate the effectiveness of the use of public funds. After studies in the years 1994, 1998, 2006 and 2009 the last numbers obtained dated back to 2013. The effects established over the last two decades referred to the region, i.e. the federal state. In 2017 the German government had a new system developed to also make the results of such surveys comparable on the national level which meant that in addition to effects for the regional economy, those for the national economy as a whole would also be surveyed. Since ROSTOCK PORT wanted to again have indicators for the regional economy surveyed for the sake of comparison but on the other hand also wanted to show effects for the whole of Germany according to the new system, ROSTOCK PORT commissioned the a/m consortium of experts.

„The coronavirus pandemic is leaving its mark both on the world economy and on our regional economy. Together with our business community both state-level and municipal policy-makers are doing their best to keep employment and company sales on the high level achieved in the port economy of Rostock in recent years. A quick economic recovery is possible as soon as all restrictions due to coronavirus can be reduced once again. Until then we need above all perseverance and optimism“, concludes Jens A. Scharner.