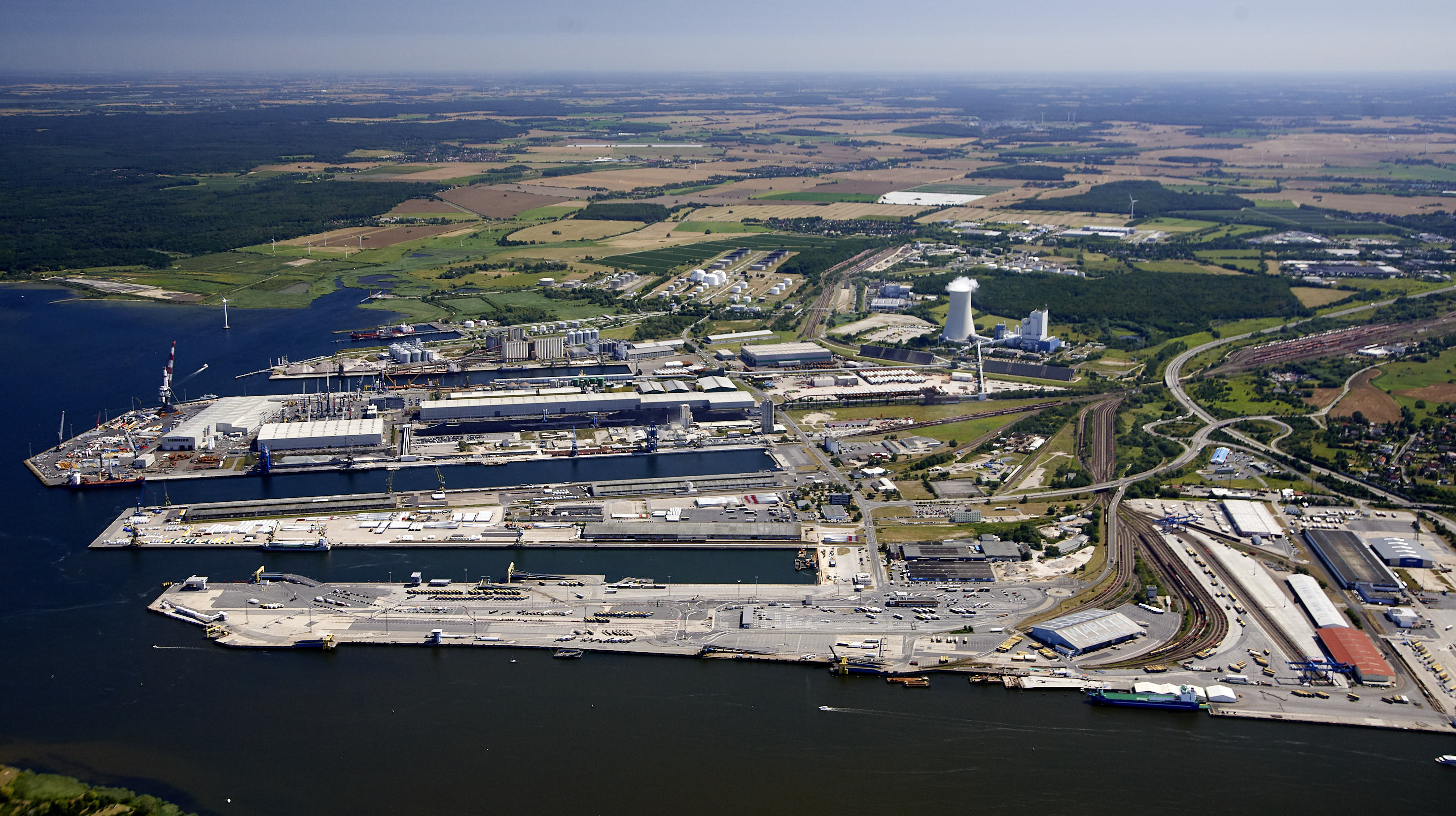 With a modern oil harbour, facilities for grain, coal, fertilizer and cement throughput, with terminals for the export of timber, scrap and break-bulk, it is once again a universal cargo handling location.

The heart of the seaport became the ferry port with its terminals for combined cargo, for forest products and roll-on/roll-off cargo. Since the beginning of the 1990s, this sector has recorded outstanding growth. Rostock’s favourable geographical location, the easy accessibility both land-side and sea-side, as well as large investments in the infrastructure all contributed to Rostock’s port on the Warnow River becoming the number 2 port among German Baltic Sea ports.

Since mid of 1990s the port has drastically changed its image and its range of services.

As was the case with ferry traffic, the cruise ship industry also began at a very low level in the early 1990s. Today, Rostock’s cruise ship port in Warnemünde is among Germany’s most preferred ports for cruise tourism. Hundreds of thousands of tourists, predominately form overseas, use Rostock-Warnemünde as a base for exploring Germany’s capital city, Berlin, as well as the treasures of the coastal region of the state of Mecklenburg-Western Pomerania.

In the Middle Ages, the port on the Warnow River was one of the most important locations for the handling of goods on the Baltic Sea coast. A proud fleet with the Rostock griffon on the bow was the means of trade with Scandinavia, the Baltic lands, and west and south Europe. After the height of the Hanseatic League a century of ups and downs followed.

At the end of the 19th century and in the following decades, Rostock and its city harbour lost the connection to the rapidly growing German economy. Rostock’s harbour was only of local importance, and even this was lost due to effects of the war.

In the post-war years, the port was put in working order again. The growth of the GDR-economy and the development of a large state-run trading fleet necessitated the construction of a new highly capable seaport, which was put into operation in 1960. Continually expanded and adapted to the needs of the GDR-economy, the seaport achieved a result of over 20 million tonnes - predominately bulk solids its best cargo throughput result up to that point in time.

With the German reunification, the hard task began of restructuring the port that had been configured exclusively to the requirements of the GDR-economy, changing it into a competitive port among German seaports.