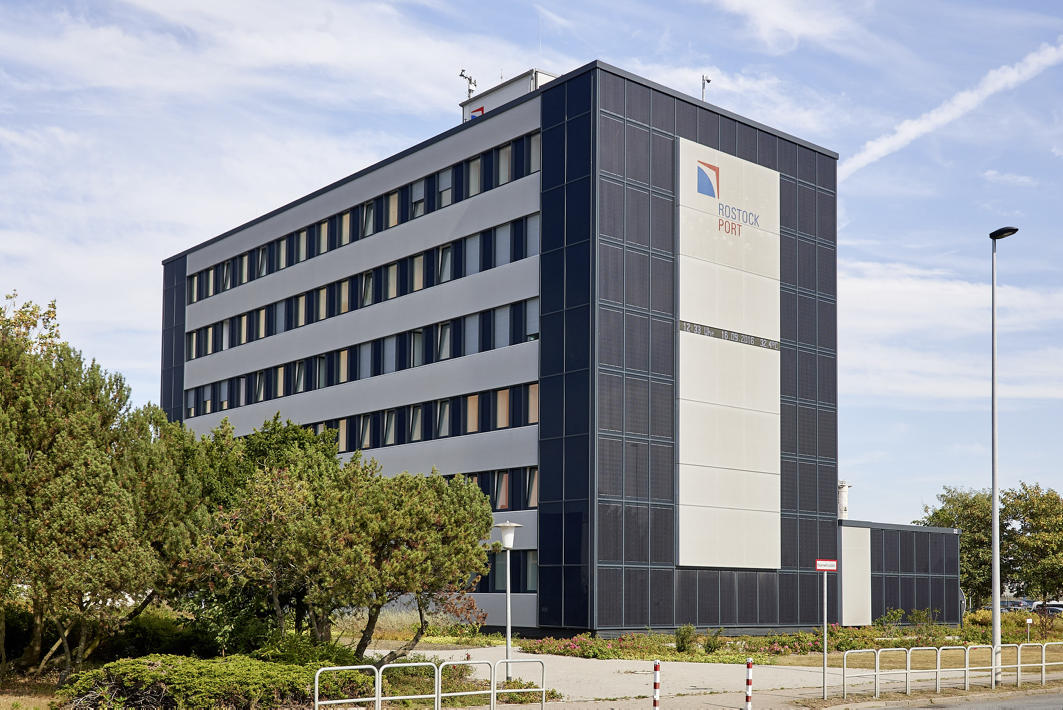 Development of the port infrastructure

The Federal State of Mecklenburg-Western Pomerania and the Hanseatic City of Rostock are the owner of the port of Rostock. Their interests are protected by the company ROSTOCK PORT GmbH.

The company's mission is to develop this state´s largest port in such a way that it is able to meet the constantly increasing requirements of the shipping and tourism industries.

The work of ROSTOCK PORT is focused on the foresighted development of the port infrastructure as well as its maintenance. As the owner of the property, the quays and the water areas, it works closely together with the shipping industry and the companies located at the port to ensure that Rostock has all it needs at its disposal in order to continuously improve its competitive position. On behalf of its owners, ROSTOCK PORT GmbH actively facilitates the establishment of new business sites on its property.

In leasing its property and real estate, creating conditions for promoting competition in the port, the winning of new customers and the acquisition of goods, the policy of opening up new fields of business is followed.

ROSTOCK PORT is the single operator of the ferry and cruise ship port. Additionally, it is co-owner of the operating company of the terminal for combined freight transport.

A further task of the company is to provide services oriented towards the improvement of the competitive situation of the company or of the location. In this capacity, it can found, acquire or have a share in companies or use the services of other companies, establish, acquire or lease auxiliary companies and open branch offices. Neither the company itself nor a company in which it has a majority share is allowed to engage in cargo handling or activities involved in the storage and handling of goods.

The stated objective of ROSTOCK PORT is, to continually develop the port in order to be able to meet new and changing demands.

Since 1990, hundreds of millions of Euros have been invested in the improvement of the port infrastructure.

With the winning of large production companies such as Liebherr, EEW Special Pipe Construction, Bio Petrol, Power Oil as well as the preparations for the establishment of additional handling, distribution and industrial companies, this location is sure to distinguish itself further in the second half of this decade.

The shareholders of the ROSTOCK PORT GmbH are the Hanseatic City of Rostock (74.9%) and the Federal State of Mecklenburg-Western Pomerania (25.1%).

The management and supervision of the company are comprised of the managing director ROSTOCK PORT, Jens Aurel Scharner and Dr. Gernot Tesch, the shareholder's meeting and the supervisory board. In accordance with the distribution of shares, this is composed of representatives of the city (four) and of the state (two). The chairman of the supervisory board is Mr Helge Bothur.

The company is committed to a policy of competitive neutrality towards all companies in the Rostock Sea Port. These companies receive support in the realisation of infrastructural requirements and in the application for funding with the state government.